Let’s see. How long is the list of companies whose commercials contain grammatical errors? I can count Boniva, Honey Bunches of Oats, Miller Genuine Draft and a few more I can’t recall at the moment. Today I am adding Honda for its recent tagline: “To each their own.” Sheesh.

Another one has been bugging me, not for its grammar but for its mixed metaphor. What has me puzzled is—as is often the case—how it escaped the smart and well paid execs who craft and place television ads.

Take a look at one of Axa Equitable Life Insurance Company’s most recent spots and tell me if you notice it.

Pick one, guys. It’s either “the 800-pound gorilla” or “the elephant in the room.” These expressions mean two different things, the latter being more apt for Axa’s campaign. Perhaps the elephant failed the audition.

Just before Axa Equitable launched the campaign during the 2007 Super Bowl, the company said in a press release that it sought to encourage the approximately 77 million baby boomers in America to “stop ignoring the 800-pound gorilla in the  room” and buy their variable annuities.

Four years later, the campaign continues. The commercials have won numerous industry awards and still, no one is challenging their metaphorical duplicity. Naturally, retirement planning and life insurance are important subjects that many prefer to ignore; in this vein, the commercials are hitting the intended demographic target. It’s just that Axa has picked the wrong spokesmammal.

Do we need a refresher?

“The elephant in the room” represents a sizeable subject that everyone is aware of but no one wants to talk about. It might be a looming crisis or a relative’s drinking problem. Everyone knows it’s there—it’s too big to ignore—but we pretend not to notice it.

An “800-pound gorilla” is a bully, a goliath, a behemoth. Just think of the old riddle.

“Where does an 800-pound gorilla sleep?”
“Anywhere he wants.”

Filed under All Things Wordish, Marketing/Advertising/PR

Did you ever hear a string of words coming out of your mouth and then wish you could inhale them back in before they reached anyone else’s ears? Not because you want to savor them but because they didn’t come out the way they should have?

I’m not referring to rude or hurtful comments or words that come back to bite us; just words that inadvertently come out the wrong way—maybe the wrong metaphor or worse, an unsavory one.

I heard both within just a few seconds on this morning’s local news.

The local NBC news team was doing a segment on the DC101 Chili Cook-Off, coming up in Washington on May 21st. In advance of the annual event, WRC, the local NBC affiliate, held a promotional chili tasting in the NBC cafeteria.

Setting up the piece, WRC anchor Kimberly Suiters announced to viewers that seeing all the chili “will wet your whistle.” 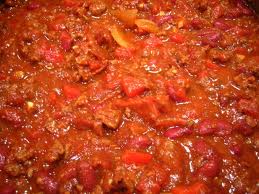 I assume—I hope—she knew as soon as she uttered those words that what she meant to say was “whet your appetite.” I’ve never known chili to wet one’s whistle. Water wets a whistle or, metaphorically speaking, quenches one’s thirst. Honest mistake, but also an opportunity to point out here that it is whet one’s appetite, not wet one’s appetite. FYI, to whet is to sharpen or to stimulate.

Suiters then threw it to reporter Jim Handly, who surely cringed when he heard himself announce that the Cook-Off would feature “chili out the wazoo.” Not exactly a visual DC101 was aiming for, I suspect.

I vote for giving these two metaphorical mulligans.

This post could be considered a part two of last week’s post about light bulbs going off. I heard something last night that reminded me of another commonly misused metaphor and thought it might be worth reviewing.

During the Screen Actors Guild Awards program, veteran comedic actor Tim Conway introduced SAG’s Lifetime Achievement Award, given to Ernest Borgnine, who has performed in some 160 films over his 60-year television and movie career.

In an awkward moment, Conway appeared to have trouble reading the teleprompter and winged the introduction. At first I thought he might be doing one of his classic bits. I don’t know whether he was able to access the prepared script or had to make it up on the fly. And unfortunately, I can’t find an exact quote of what he said. But what I heard was a misused geometric figure of speech.

In reviewing Borgnine’s acting career, Conway cited Borgnine’s first film or two and then said that his career took “a 360-degree turn.”

Now a 360-degree turn is quite likely; but it is a full turn. What it means is that there was no change in direction.

I’m sure you’ve heard it. Someone might say, “He was headed down the wrong road, but his life took a 360-degree turn.” Think about it. If that’s true, he is right back where he started.

The correct metaphor for a 100 percent change in direction is a 180-degree turn, a U-turn, if you will.

The point of this lesson is not to make fun of Tim Conway. He happens to be one of the most quick-witted actors on television. I’ve laughed with him since he co-starred with Borgnine in McHale’s Navy, during his many appearances on The Carol Burnett Show, a few years ago on Yes, Dear and now, on Hot in Cleveland. In another 12 years, he might just be the Betty White of his gender.

Maybe the SAG Award’s writers provided a lousy script, but he’s smart; he could have caught and corrected the angular reference. Or maybe he was just doing the gig as Mr. Tudball.

The lesson is:  If you find yourself about to use the wrong angular figure of speech and describe a complete change as a 360-degree turn, do a one-eighty.

Filed under All Things Wordish, Movies, Television and Radio 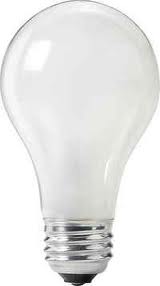 Am I wrong or, when one has idea—or when something comes to light—the light bulb goes on?

This morning, I set out to research this. What I found upon searching “light bulb went off” were one or two blogs addressing this very subject, and a long list of entries comprising serious text in which the expression is used incorrectly.

There’s no mistaking the imagery. A light goes on, things become clear. One has an idea or, appropriate for the season, epiphany. This makes perfect sense, so why are light bulbs going off in so many heads?

Maybe we can remember it this way: Lights go on and sounds go off.

Sirens go off, alarms go off, firecrackers and explosives go off.

Or maybe it’s not so simple. When my alarm goes off in the morning, doesn’t it really go on?

Either way, if any of us is ever interviewed about a brilliant idea—and if we choose to use the light bulb image—let’s  remember how to use it in such a way that our audience still thinks we’re brilliant. And let’s remember that also means not saying “literally.”

As sweet as a simile in springtime

I will always remember the day in fifth grade when we learned about similes, metaphors and alliterations.  It was then that I knew I was different;  I was the only one enjoying the lesson.  I had no choice but to feign nonchalance to avoid ridicule.

I’ve always enjoyed a good simile, and when I hear a good one I tuck it way for emergencies.

I once worked with a colorful Texan who used to describe being “as nervous as a long-tailed cat in a room full of rocking chairs.”  Others I like include:

“busy as a cross-eyed boy at a three-ring circus”

“hard as putting pantyhose on a porcupine”

“happy as a pig eating pancakes”

There’s another cute one going around, “my grandma’s teeth are like stars, they come out at night.”

Do you have a favorite?

Filed under All Things Wordish, Music