I knew I loved Matt Lauer.

Okay, technically, I did see Star Wars. I was in the theater while it played in its opening week in 1977. But I hated it so much within the first few minutes that I closed my eyes and tried to sleep while the noise gave me a pounding headache that lasted through the weekend. My father, who had taken my brothers and me to see the movie, walked out in the first 15 minutes and spent the rest of the movie in the lobby of the theater. 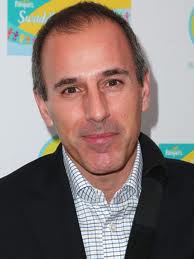 Matt Lauer has always been my TV personality crush. His picture was posted on the Wall of Men in my office before I redecorated. My husband, God love him, gave me the Matt Lauer magazine cover for my little beefcake display.

I identify with Matt’s germophobia, I love how he both idolizes the greats he interviews and doesn’t let them evade the tough questions. I love the way he dresses. And I love how this TV personality has almost no personality. And now I love his taste in movies. 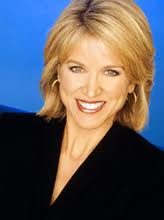 And I love that my husband helps indulge my little crush.

Come to think of it, I once took him to meet his TV news crush, Paula Zahn, when she hosted CBS This Morning. That’s a story for another day.