Slow it down, run it back

I don’t suppose the White House, the organizers of political debates or the NFL would consider checking with me first. 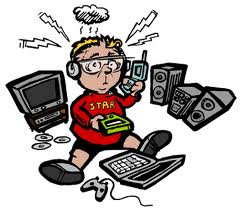 The last two nights, I had conflicts that precluded my watching national events or otherwise attending to entertainment needs. I’m still catching up on what happened.

Wednesday night, I twitched and trembled when a social commitment kept me from watching Republican candidates debate the nation’s affairs and poke each other in the eye. I trusted I’d catch enough clips in the morning to catch up, but even a broad scan of news channels—as well as newspaper accounts and commentary—failed to bring me adequately up to date.

Thanks to my cousin, I was able to read the full account online and now feel completely caught up and entertained. The piece even culled the notable language twists and gaffes, just as I would have, had I tuned in.

Last night, the President graciously agreed to address a joint session of Congress at an early hour so as to not delay kickoff of the 2011-12 football season. Problem was, I was on my way to a special dinner and had to listen to the speech on the radio on the way over.

No problem, you think? The president—any president—addressing a joint session of Congress is my red carpet. I like to catch the lead-up commentary, be there for the knock on the door, hear the President announced and closely watch the procession down the center aisle. I note whose hands are being shaken, who gets a wink or a pat on the back, who sits with whom, what colors the women are wearing and the sneers on the faces of members of the opposing party. You don’t get that on NPR.

As if there weren’t enough entertainment on the menu, I also missed my brother’s live interview with Food Network Star winner—and Sandwich King—Jeff Mauro on his weekly culinary radio program.

I have a busy work day ahead but I won’t lie, I’ll be slipping in some personal time to catch up on everything I missed.

You know, they really ought to invent some sort of device that allows you to record programming for future viewing.

3 responses to “Slow it down, run it back”