Close but no guitar

Just got in from Nashville. Music City. Capital of Tennessee. Home of the Predators (now that I’m a hackey mam I know this), the Grand Ole Opry and the Country Music Hall of Fame.

Nashville is on my husband’s bucket list. He wants to see the Ernest Tubb Record Shop. I’ve been walking the floor over someone wanting to go such a long way to buy records. Tripadvisor lists 113 things to see and do there–including the record shop.

Today I was within arm’s reach of Music Row; I passed the sign on my way to the airport. As with Elvis’ birthplace in Tupelo, I took a mental picture at 35 miles per hour.

Finally, this afternoon I managed to hear some budding country artists as they strummed and sang and sought to make it big—from the C concourse at Nashville International. I imagined Ernest Tubb getting his start right there across from Auntie Anne’s Pretzels.

So, I bring you no good stories from Nashville today–though I do have one from 1990. As I was riding to the Opryland with a colleague from Brooklyn, New York, she recounted how she had called the hotel the day before. She asked the operator, “Do you have a gym there?” The operator said, “Honey, we have thirty-five hundred people in this hotel. You’re gonna have to give me a last name.”

We all form impressions of the places we visit, based on how we’re treated by the locals. There are many stereotypes: New Yorkers are impatient and rude. Parisians are snooty. Washingtonians are self-important blow-hards. Based on my experience, with only the fewest exceptions, these stereotypes couldn’t be further from reality.

Our nation’s capital is host to millions of tourists. The crowds can be overwhelming, for them and for us. Our grid can be confusing and our subway system can be intimidating to the unfamiliar. I try to be a gracious host by making visitors feel welcome and helping them find their way around along the streets or on the Metro. I know I’m not alone.

As we approach a big holiday weekend, I would like to share a letter to the editor that appeared in The Washington Post yesterday and remind all of us who live in tourist destinations how much visitors appreciate a little hospitality.

“We just spent a week in Washington, and its residents have renewed our faith in people. Our first trip on the Metro brought confusion, but a man approached us to ask where we wanted to go. We told him, and he directed us to the proper train. This happened frequently during the week — without our asking for help, it was offered often. Whenever we seemed at a loss, someone would ask if he or she could help.

“The icing on the cake came the day after we got home: We received a letter with a Washington return address. As we don’t know anyone there, we were curious.

“In the envelope was our luggage tag and a note saying that the writer found it on the street and thought we would like it back.

“Who does this? I called the woman, thanked her and said that she was an example of the fine residents of her fair city. Thank you, residents of Washington, for making our trip wonderful.”

This letter didn’t surprise me one bit. We really are nice people. Come see us!

Note: Last summer, Washington Post columnist John Kelly published some tips for Washington tourists to follow in order to get along better with the locals. It wasn’t penned in very welcoming tone, but if you follow even one or two, we’ll be extra extra nice.

The City of Buffalo has long been the butt of jokes. Even my father, who’s from there, used to say that Buffalo came into being when “they cloned Cleveland.”

This week, there are new jokes as Buffalo—The City of Good Neighbors, The Queen City, The City of No Illusions, The Nickel City, Queen City of the Lakes, City of Light—takes on a new motto: “Buffalo For Real.” 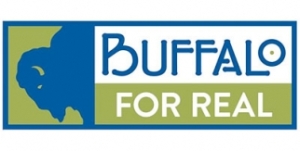 I learned about this not from the city’s own announcement, which includes a new tourism video, but from the swell of snickers and criticisms from within Western New York and around the country. The blogosphere bubbles with mockery while Twitter tee-hees abound.

Advertising Age slammed the slogan, calling it meaningless. (But do check out their map of the most absurd city slogans in the United States.) Buffalonians don’t appear to be crazy about it either, but they’ve been quick to come to the defense of their city, as they are often called to do, pointing to the depth of Buffalo’s history and culture. One commenter suggested “Buffalo: Leave for the weather, come back for everything else.” Commenters from other cities were cruel (“Denver: at least it’s not Buffalo”), while others were happy to be out of the spotlight for their own cities’ inane slogans.

But back to Buffalo For Real. If the city’s marketeers had consulted me, I’d have suggested some punctuation. Mabye a comma or a colon following Buffalo. On the surface, “Buffalo For Real” does sound a little meaningless. But if you look at the campaign, there’s a broader theme: Buffalo for art, Buffalo for architecture, Buffalo for families, Buffalo for food, for nature, for history, for shopping, for sports, for performing arts. The tourism video addresses the “real” part. The narration holds the city’s past troubles and blemishes up to the light and assures visitors of the vast rejuvenation taking place. “We’ve had our share of hard knocks.” “Some might say that time has left our town behind.” “Neighborhoods given up for dead are being given new life.” Even the snow has an honored place in the script.

Juxtaposed against tourist destinations in which weather is the draw, with little authenticity behind sun and spa, Buffalo stands out as real. Blue collar and white collar workers alike have withstood decades of economic devastation and year after year of bone-chilling temperatures. The people remain ever cheerful, trust me. The city by Niagara Falls has a lot to be proud of.

I like the new slogan. I just wish the video had been narrated by someone with a Buffalo accent.

Now that would be real.