Nothing wakes me up like a good mixed metaphor. But you already know that; they’re honored all over this place.

This morning, still sleepy, I filled my morning mug while listening to Today’s Professionals, the mildly lame Today show panel of  so-called “professionals,” consisting of a doctor, a lawyer and a PR exec who expound on issues of the day to the benefit of, well, no one really, in my humble opinion.

The topic of the day was Rep. Todd Akin (R-Mo.), and his recent comments about “legitimate rape” not causing pregnancy. 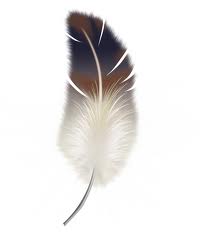 Did you notice this?

We don’t see much tarrin’ and featherin’ going on these days; thankfully, the hot and sticky mode of torture went out with the horse and buggy.

However, we do see people and things and causes being tarred with the same brush as others, the image being that using a brush to spread tar on something could dirty another object if the same brush were used.

It is said that the expression “tarred with the same brush” refers to the tarring of sheep as a method of branding, in which owners of a flock of sheep marked their wool in the same place with a brush dipped in tar to distinguish them from other flocks. I’m sure there are other theories.

Nevertheless, I envisioned someone trying to spread tar—on anything—with a feather. If Ms. Jones’ words are true, then the Romney campaign is going to be just fine.