I take some risks in raising today’s topic.

First, I fear I may offend readers who take their wine language seriously. Second, I may reveal too much about how little I really know about it.

I enjoy wine. I have a fairly sharp palate that can distinguish among varietals and detect flavors to a reasonable degree. I know what I like and what I don’t and, generally, which wines go well with what foods. 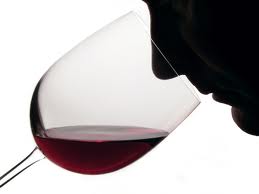 This said, I tread lightly into the language of wine. This might be because I have not been exposed to the business of wine.

I’ve never set foot in a vineyard, never taken a winery tour. I went to a tasting once. In 1982.

Restaurant tasting menus are a rare indulgence, as much for the dining as for the descriptions of the wine pairings. I trust a sommelier and find the pairings are always suitable. The real entertainment, though, comes in his or her descriptions of the wine. Keeping a straight face during the performance is always a challenge. I almost had to excuse myself at Babbo in New York when the sommelier assured us that the wine wouldn’t bully our mushrooms.

Once I was having dinner with a friend at Zaytinya, which had just opened in Washington, D.C. The server had recommended a wine to go with our meal. She said, “I think you’ll find it approachable.” I had to turn my head so that I could roll my eyes.

We ordered this approachable wine and, when the server began to open it, the cork broke off in the bottle. My friend said, “I guess it’s not so approachable.” Our server was not amused.

Call me a bumpkin or call me a cynic, but call me up to here with ridiculous wine descriptions.

One of my favorite pokes at pretension comes from the movie Sideways. On a trip to Napa Valley with a friend, wine aficionado Miles, played by Paul Giamatti, sips, closes his eyes, plugs one ear and observes, “There’s the faintest soupçon of asparagus and just a flutter of Edam cheese.” (Impressive. I’d need at least 20 minutes to detect asparagus in my wine.)

Coco Krumme wrote a piece for Slate this week, separating expensive wines from inexpensive ones based on the language used to describe them. This sent me on an oenophilic cyber-journey, where I tried—honestly I did—to gain an understanding and appreciation of wine language.

But I stumbled upon a host of nouns and adjectives that I found a little hard to swallow.

I understand tannins. I understand finish. I’m willing to accept personality. But, while asparagus and Edam cheese, I hope, are satirical, any food stuffs beyond fruit or maybe chocolate are just silly. Tones of underbrush, animal or briar? Not particularly approachable.

Then, there are the adjectives. In an effort to be an earnest student, I consulted E. Robert Parker’s wine glossary.

Chewy, brawny and spiny? I think not.

Filed under All Things Wordish, Family and Friends, Food, Movies, Television and Radio, Rants and Raves