Do you know those tests the sleep specialists show on television to demonstrate what happens to drivers when they’re sleep deprived? Poor judgment, slower response time, even hallucinations come into play when a human does not get sufficient sleep.

This morning, I am tipping orange cones all over the place.

Yesterday I flew to California, worked until almost midnight and went to bed after being up for 23 hours. Then I woke up three hours later, still in the West but with my rhythms in the East. 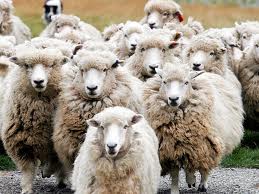 For the last two hours I’ve tried everything that usually works for me—reading, getting up and walking around, even having an informercial playing softly in the background. The latter usually works like a charm. Not this time. But I can tell you everything you’ve ever wanted to know about the P90X fitness program and something about the anti-aging magic of melon extract that keeps Cindy Crawford’s and Valerie Bertinelli’s faces frozen in time.

Looking back over this, I’ve counted more than a dozen typos and, I hope, corrected all of them. I’ll check back again after this afternoon’s nap.

Aside from sleep aids—which aren’t an option when you’re an hour and a half away from the alarm going off–what works for you when you’re wide awake, yet more tired than you’ve ever been, at 3:00 a.m.?  Other than blog–I’ve tried that.